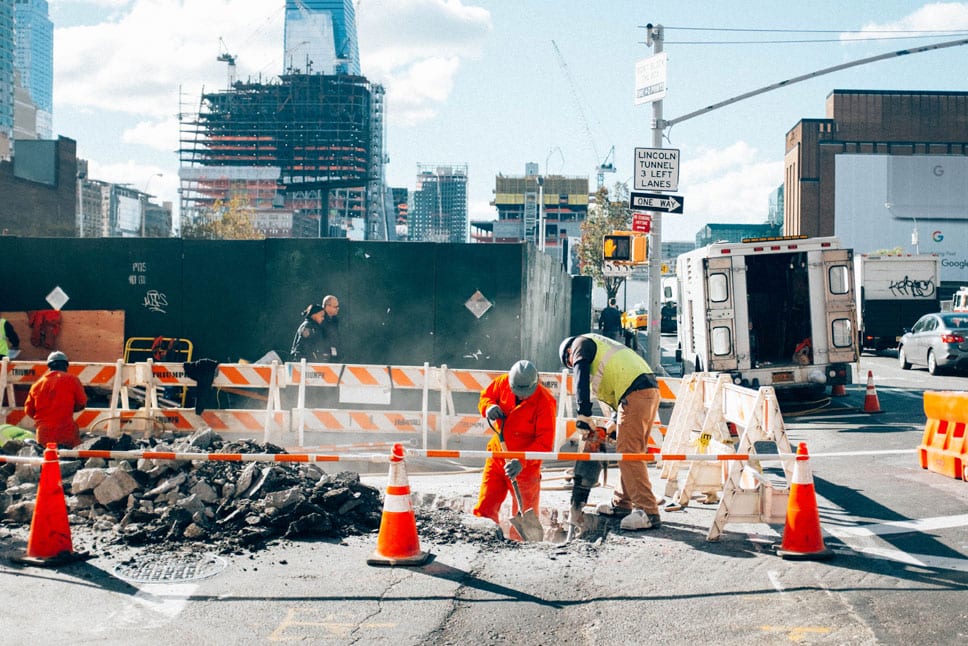 Construction sites are the meeting place of busy workers and dangerous equipment. State and federal laws regulate worksite conditions.  However, workers often sustain job site injuries when contractors violate these safety requirements. Workers may have a variety of legal remedies for their construction site injuries, including

Here’s what you should consider regarding construction accidents in Massachusetts:

When a construction accident occurs which results in lost time from work, workers in Massachusetts are automatically entitled to workers’ compensation benefits. Beyond workers’ compensation, however, the injured worker’s right to compensation can sometimes be made through what is known as a “third-party claim”. This is a liability claim against a party other than the injured worker’s employer or co-employee whose negligence caused the work-place accident. To be successful, the injured worker must prove that the accident was caused by the third-party’s negligence. This type of claim is not available against the worker’s employer or co-employee.

The “third-party” liability claim can provide additional compensation beyond the amounts provided by the workers’ compensation system. A typical “third-party” claim resulting from a construction site accident injury will involve a lawsuit against a general or sub-contractor on the site who is not the injured workers’ direct employer. Other third-party claims might involve the construction manager, safety contractor, engineer or architect, or the manufacturer or installer of job-site equipment, depending upon the type of accident and injuries involved. Some examples of third-party claims are:

One of the difficulties in proving a “third-party” claim is that the condition of job-site change day-to-day. The condition that may have caused a worker’s injury is most often temporary. Therefore, photos taken immediately after a construction accident are invaluable. OSHA, when it does investigate, frequently takes photos, and these can also be useful. Finally, job-site safety officers frequently photograph accident scenes.

OSHA and the job-site safety officers are not representatives of the injured worker, and often have differing and sometimes conflicting interests regarding construction accidents.

While OSHA’s role is important, its function is to determine whether a violation of its standards occurred and to charge the employer with a violation. OSHA is not empowered to bring any type of legal action against a “third-party” and will not investigate this type of possible claim. To the contrary, OSHA’s determination that the direct employer, or even the injured worker himself, is at-fault can actually undermine a “third-party” accident liability claim.

Similarly, the safety officer’s role is not to protect the injured construction worker’s rights, and other contractors “investigating” an accident are obviously not looking to assume responsibility or admit to negligence which resulted in a serious injury.

Because of the ever-changing condition of job sites, and the competing interests existing at those sites after a construction accident, an injured worker and his family are best protected by promptly retaining an attorney experienced in construction accident claims. The best situation for an injured worker is for a representative of that worker to immediately investigate and preserve through photos and/or video the accident scene, and to work hand-in-hand with an experienced attorney to ensure that all of the worker’s interests are protected.

However, even in the absence of prompt investigation by either the injured worker’s representative, OSHA or the job-site safety personnel, the conditions at the time of a construction accident can frequently be reconstructed through the use of progress photos, construction logs and the testimony of other workers. It is the job of the injured worker’s lawyer to assemble these pieces of evidence to prove the negligence of the “third-party”.

An experienced construction accident attorney is essential not just to preserve an injured construction worker’s claim at the outset, but to see it through to its successful conclusion. An injured worker should know that he has an attorney and a law firm capable of meeting what he will be up against. Contractors at construction sites are often insured through a web of insurance policies and insurance coverage that can pit nearly every contractor, including in some cases the injured worker’s own employer, against him.

“Third-party” claims are vigorously defended by insurance companies, who hire lawyers for the at-fault parties and pay the costs associated with defending such liability claims. They try to prove that the construction accident was the injured worker’s fault and/or the fault of the worker’s employer. They try to minimize the nature and extent of the worker’s injury. At times, it seems as if the insurance companies are attempting to outlast the injured worker’s ability to hold on financially.

A construction worker injured on the job may know or believe who is at fault for a construction related accident, but gathering evidence to prove who is at fault requires an attorney and law firm with accident liability experience and resources. Selection of the right attorney and law firm is the most important step that an injured worker can take towards a successful outcome.

Attorney Charlie Perrault is the founder of, and a partner at, Perrault Law Group, PLLC, a Methuen-based law firm 100% specialized in personal injury matters.